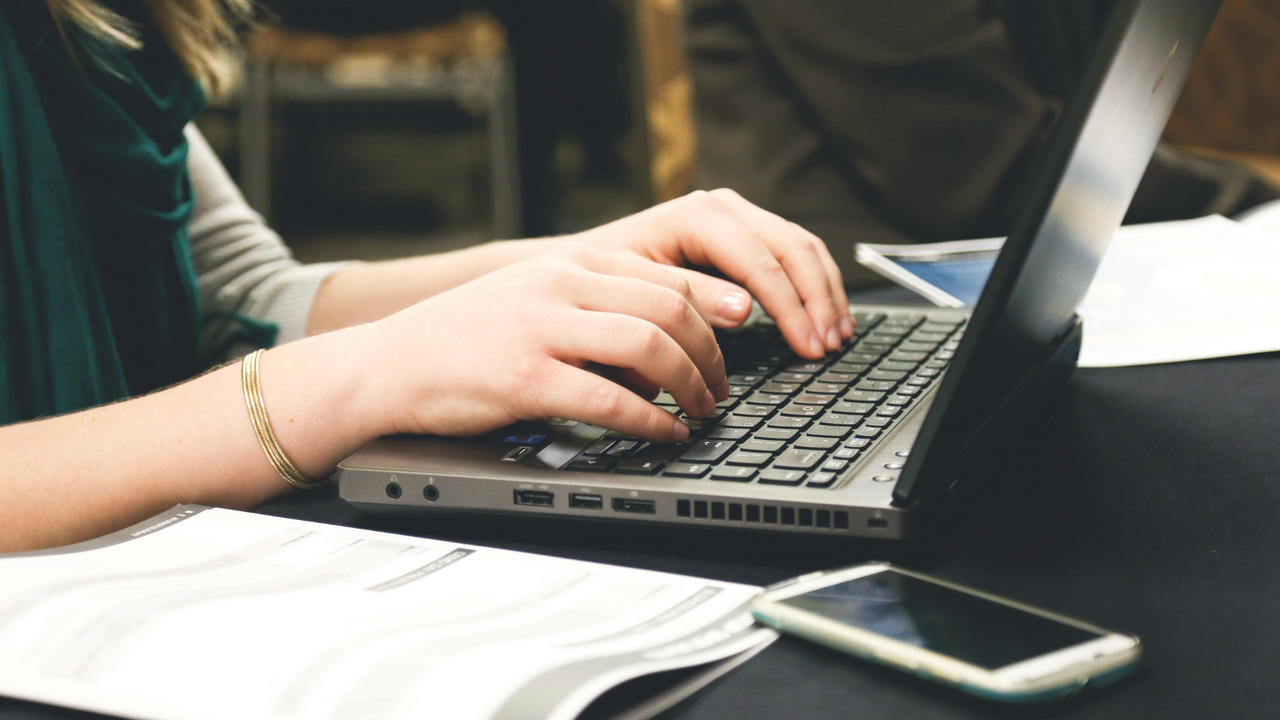 “These women issues don’t apply to me.” This is what I believed until my late twenties. I also felt very confident about my financial security.

Everything had gone pretty much according to plan so far.

I had graduated from high school with honors, got into an excellent college, during which I learned tons and made friends from around the world.

I went on to work in Dubai, then the Netherlands, and I was soon moving to New York, of all places, where I had somehow managed to find a high-paying job before I had even moved there.

At that time, I was earning approximately the same as my soon-to-be husband Karl, my college boyfriend, with whom I had a steady relationship.

I had also made it clear to him, from the very beginning, that whatever would happen, I intended to get married by the time I turned 30.

That was the deal. And fortunately, Karl was up to it!

Because of all of this, I was not so concerned about these rumors on how women have it much harder than men at work and in life in general.

Little did I understand what was yet to come. 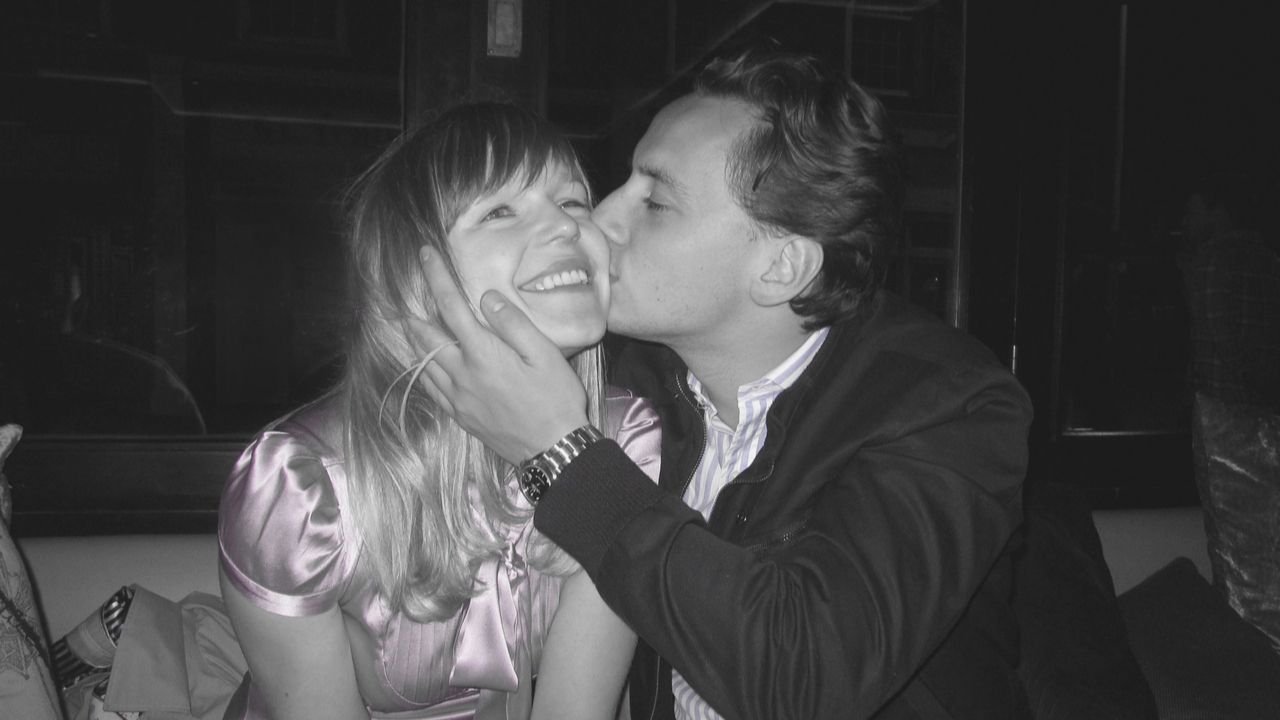 Fast forward a decade, and my views have completely changed.

In spite of a terrific start, the following years led me onto a professional and emotional roller-coaster.

And I got to experience many of the challenges that women face in the workplace.

So why is investing money necessary? Let’s find out.

According to a report published by The American Association of University Women (AAUW) in the fall of 2018, women still earn 80% of what men earn.

And while the pay gap has somewhat narrowed since the 1960s, we are still far from reaching parity.

HANDPICKED RELATED CONTENT
- Why I am NOT Afraid of Losing Money

What has also caught my attention lately is the fact that the pay gap even starts at home.

An analysis performed by BusyKid, an app for recording household chores, found that little boys are paid twice as much as little girls for doing chores.

When I read this, I nearly fell off my chair!

As I mentioned earlier, in my late twenties, I was making about the same as my late husband, Karl.

But by the time I turned 35, he was making more than double what I did! 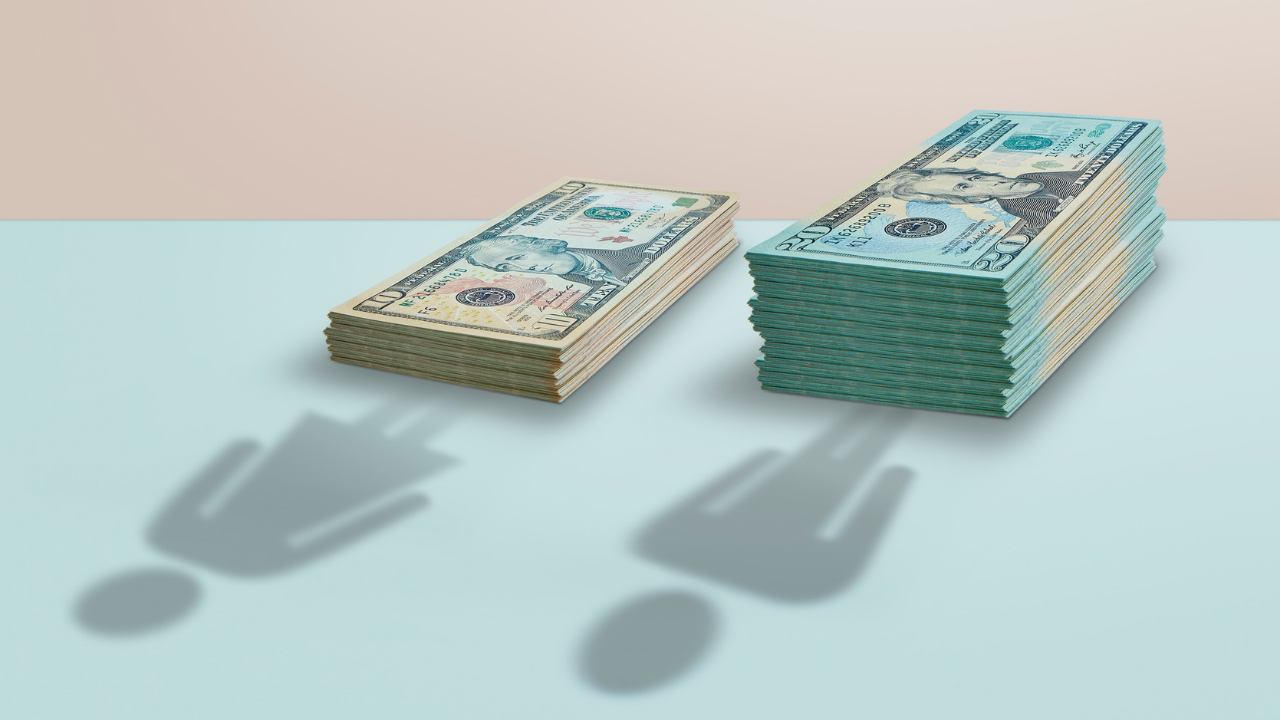 Because of societal expectations, upbringing environments, personal preferences, and more, women are frequently attracted (or directed) to low paying industries and jobs.

Much more so than men.

For example, they are more likely to become teachers or work with children than become investment bankers or surgeons.

And very unfortunately, this brings them to a low-pay professional journey.

This is something I was very mindful of, and one of the reasons I chose a career in real estate private equity.

3 - Women are promoted less than men

According to the 2018 Women in the Workplace report by McKinsey, for every 100 men promoted to manager, only 79 women are. 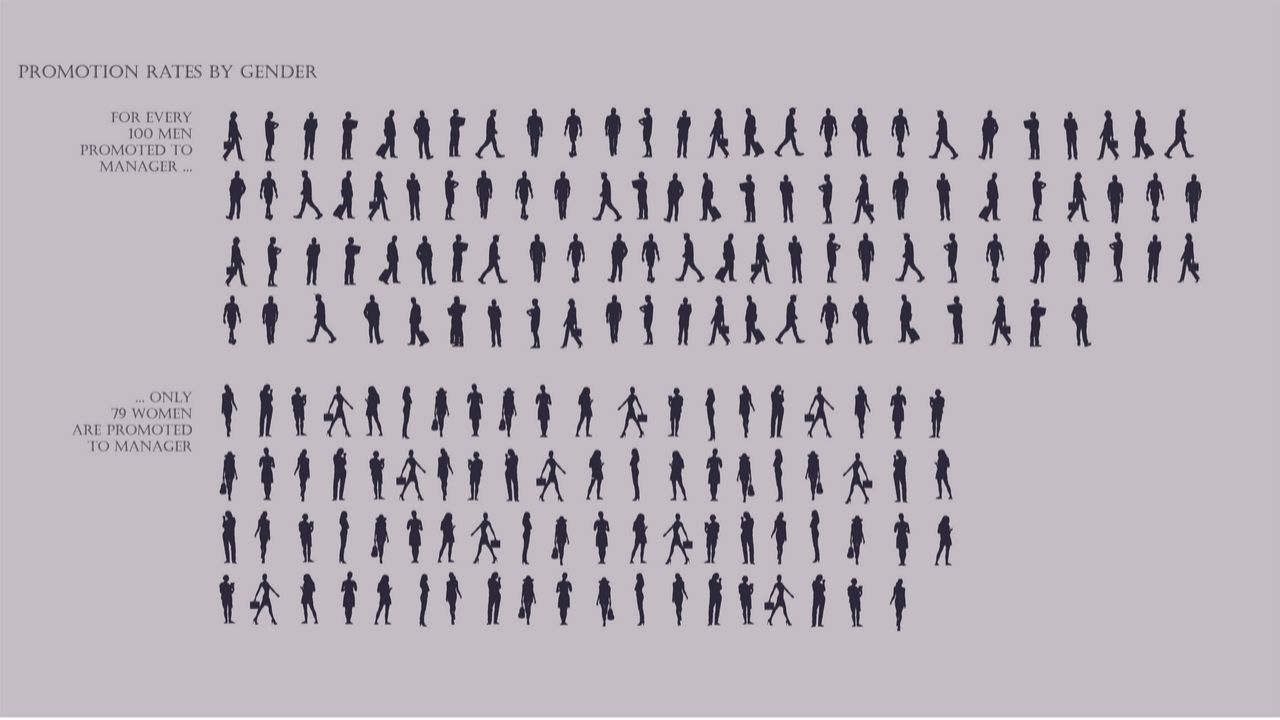 Extract of the 2018 Women in the Workplace report by McKinsey

Because of this and further bias at hiring time, men hold 62% of manager positions, while women hold only 38% of them.

And this is just one of the sooo many situations in which women are passed over for promotion over and over.

And it just seems normal.

Because “she has not yet met 200% of all the criteria needed to get promoted.” Or something along these lines.

“But for this guy, you know, it’s a different situation, because…”.

I have heard that one more than once.

And the fact that women are held back results in significant differences in compensation over the long run.

The arrival of a child, or two, or more, probably has the most significant impact on a women’s status in the workplace.

Women are expected and often choose to devote a large part of their time to the care of our little ones.

This means fewer hours at work or a switch to part-time employment, which in turn affects their financial compensation, including base salary, bonus, and other perks.

Even after my children were born, I decided to keep working full-time. This is because I knew reducing my work time would result in significantly reduced pay and promotion prospects.

But I did put in fewer hours, going home early to be there for the kids. I also reduced my work-related travel to a great extent.

And, without a doubt, all of this reduced my career and financial prospects.

In Europe, we are blessed with more or less favorable maternity leave policies, which is very needed!

But that is not always sufficient, with many women choosing additional unpaid leave periods.

Also, many women decide to quit working to devote their time and energy to raising their kids, resulting in a loss of income. 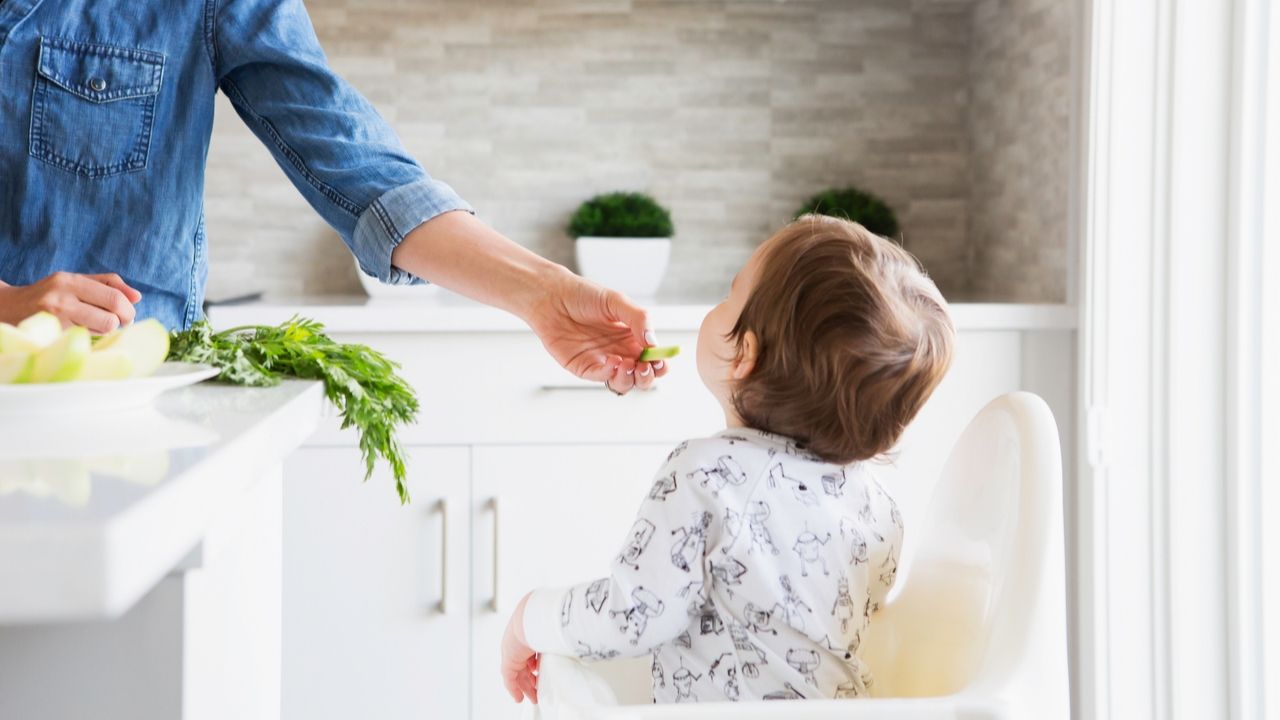 Needless to say, these parental leaves (and departures from work) have an impact on how much money women bring home.

I left my job shortly after getting pregnant with my first son for a variety of reasons.

This was back in 2010, and I was living in New York. Being pregnant, I was not in a position to look for another job directly.

And it took me months after having given birth to find another job opportunity.

This situation meant that I lost over a year in income.

This issue is sooo widespread. It happened to me, and it happens to so many women I meet.

Yet somehow there is not much written about it!

It usually goes like this: a young woman and a young man fall in love in college.

They then start their respective careers on more or less even footing. Eventually, they decide to spend their life together and get married.

But then, the husband gets an opportunity to go to work or study abroad.

This is such an exciting adventure! And this is why they both decide to go.

Except, when the wife moves along, there is not much for her in the new country.

She often struggles to find a job, which ends in near career suicide (and lots of frustration as well as emotional distress).

My husband Karl was probably one of the world’s most ambitious men.

I liked that a lot in him. 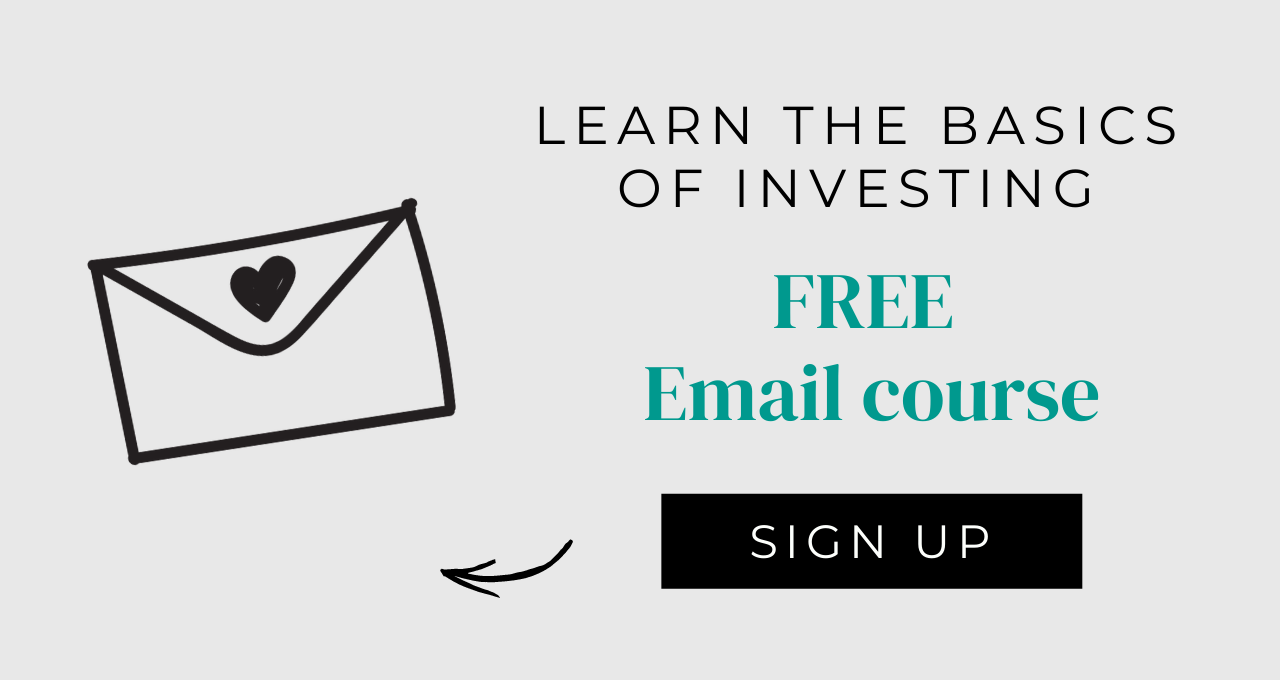 Because of this, we consciously decided that he would pursue his career full-on around the world, and I would adapt mine to fit his.

But that was no easy feat.

In fact, I had to fight my way back from ‘career suicide’ more than once.

Not only did it severely diminish my income, but it also took a toll on my well-being and on our relationship.

Retirement or simple math that doesn’t add up.

Now let’s look at how the fact that women earn less impacts their retirement.

At age 26 or so, I remember attending an info session about the retirement scheme of my then employer in the Netherlands.

I was bored out of my mind.

Retirement? I had just started working. Retiring felt like sooo far away and not relevant to me.

I had no idea that retirement scheme contributions matter and they matter from the very beginning.

And here is the irony: women need more money for their retirement years than men do.

And this is just because we live longer than them.

So if we contribute less but then we need more, how does that work from a financial math point of view? 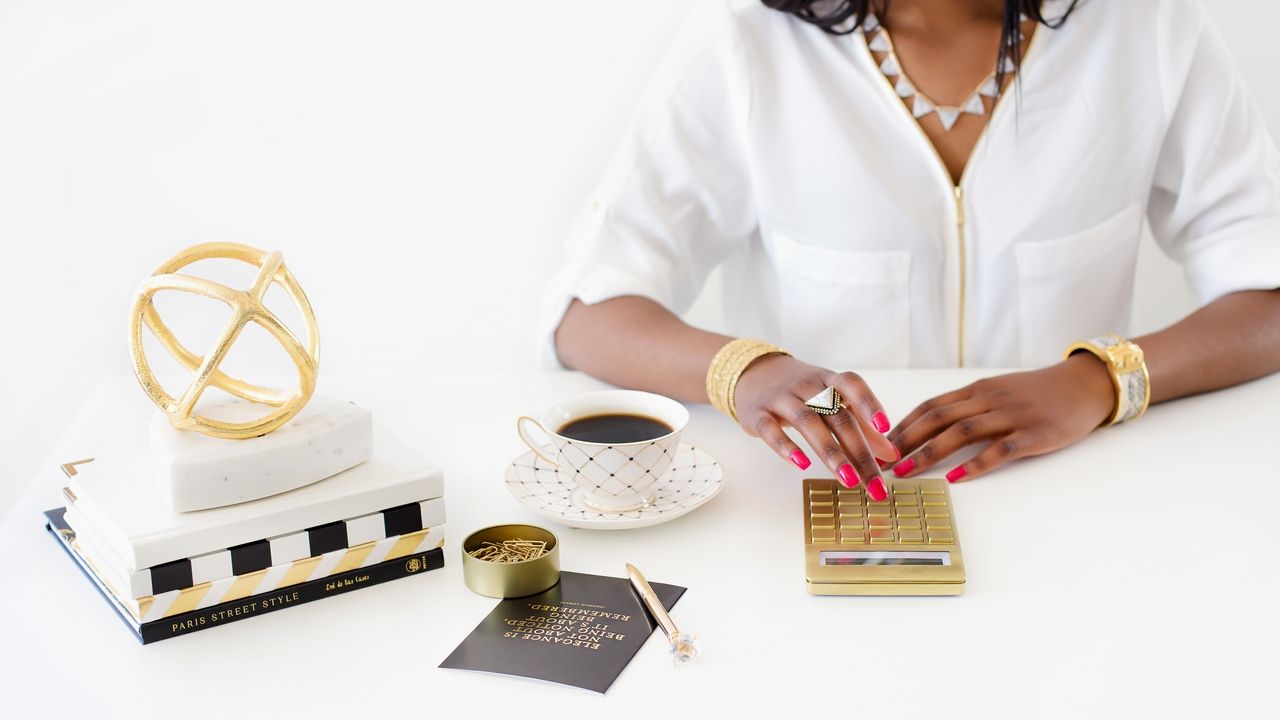 Financial security is my responsibility

“I don’t need to invest because my boyfriend is taking care of this.”

I recently received these few lines from Carine, a young professional woman in Zurich.

She is far from the only one thinking that way… and sharing it with me.

Let’s reflect on this for a second.

What if Carine and her boyfriend end up breaking up?

I have very many single girlfriends. I am sure you do too.

Sometimes our romantic life doesn’t unfold exactly as we had imagined it.

Which is why many women remain single for the long term.

And why they need to plan for their financial security.

HANDPICKED RELATED CONTENT
- Why I am NOT Afraid of Losing Money

10 - So many married couples get divorced

And what if they stay together, get married but later get divorced?

In 2017, the divorce rate in Switzerland was a striking 40%. And that excludes the separation of unmarried couples with children.

So when we get married, we have 40% chance of getting divorced.

Of course, it doesn’t feel that way when we are young and in love.

In any other situation, no woman in her right mind would take a chance on something as important as financial security if there were a 40% chance it could turn sour.

So why do we take chances with marriage? 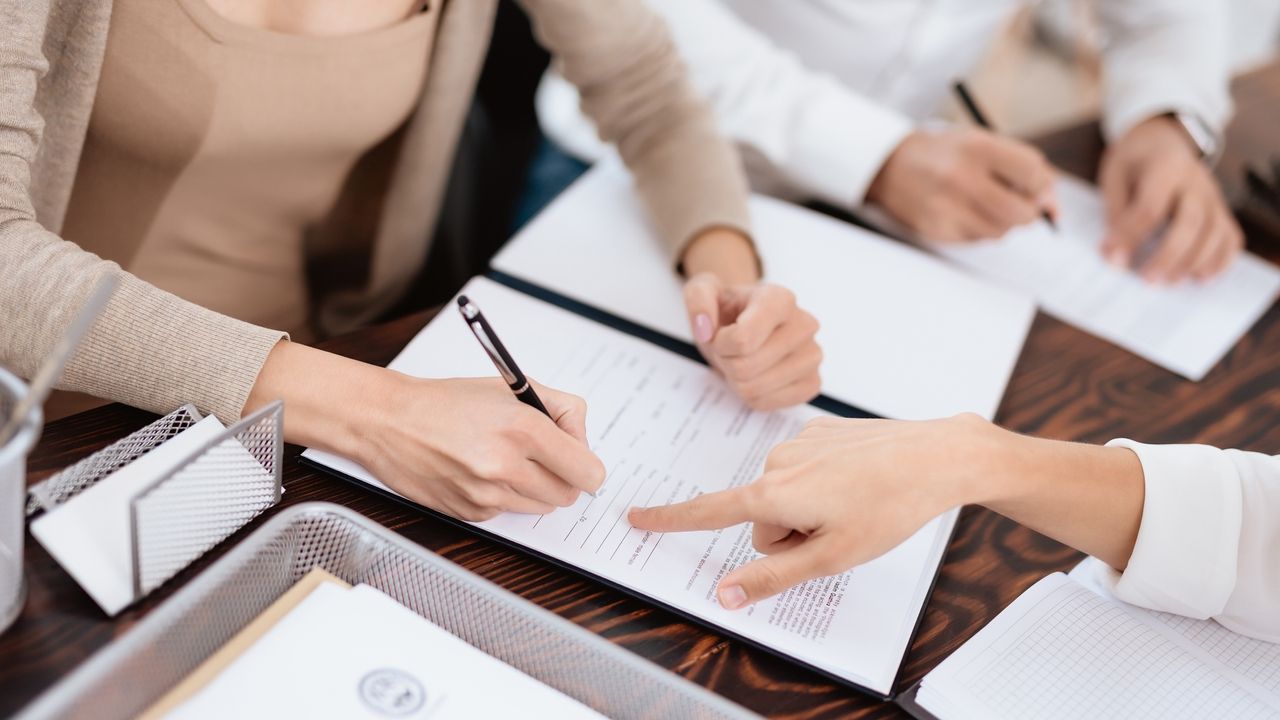 What if they go through other forms of hardship, like her husband dying unexpectedly in a traffic accident (and that does happen sometimes, I would know…).

Or what if he goes on to suffer severe health disabilities or becomes an alcoholic?

These kinds of things do happen, and they usually have a very negative impact on a woman’s financial situation.

When my husband Karl died suddenly in a road accident in early 2017, my financial situation was dramatically altered.

Fortunately, I had an excellent job to lean on. But my living costs and childcare costs in a place like Zurich, Switzerland, are through the roof.

And my salary is not sufficient to cover it all.

Fortunately, I receive survivor benefits. But these have been reduced for the following reasons:

Nobody thinks of that beforehand.

12 - Women are better investors than men

What if Carine’s boyfriend does a poor job at investing the money?

But he looks like he knows what he is doing. He is undoubtedly very confident about it. Right?

Well, actually, studies from Fidelity Investments (2017) and the Warwick Business School (2018) have shown that women are better investors than men.

Women tend to take the long view and keep it steady.

While men often favor quick wins and investment coups, which, for a variety of reasons, reduce investment performance over the long run. 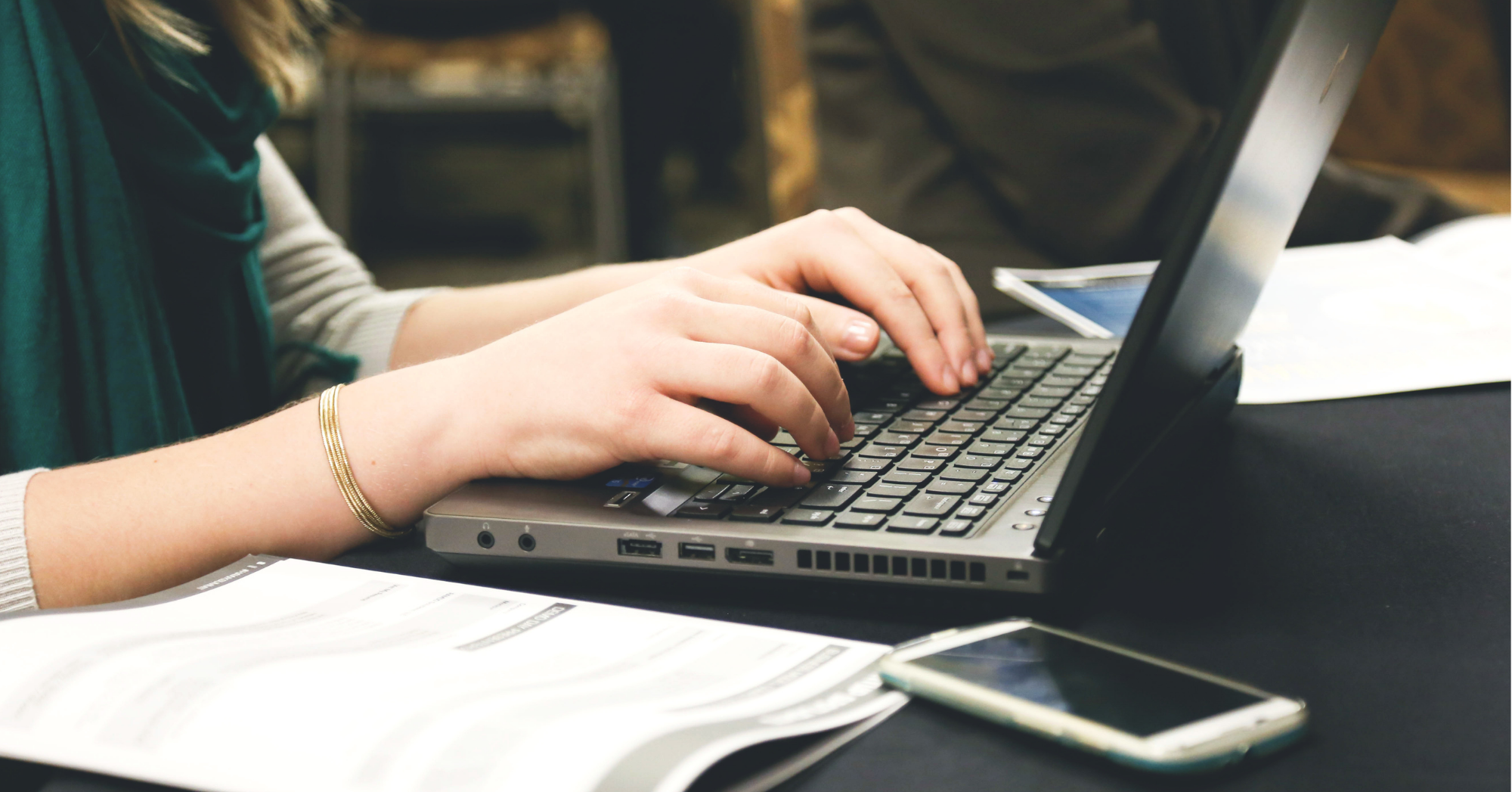 So, how can we achieve financial security?

If we make less, need more, and can’t rely on someone else, what can we do to remain financially secure?

You know where I am going with this

We need to invest!

Because investing is the only way to grow our money beyond what we earn.

And we need to grow our wealth to a level that will provide us with our very own financial security (or at least contribute to it).

And by that, I mean building wealth to hundreds of thousands and even millions.

Because if we need money for 30 or 40 years or more after we retire (or even earlier like in my case), it’s really not that much.

This is why investing money is essential. And why it matters even more for women to get into it.

So learn to invest the right way, and start as early as possible, with whatever amount you have.

Want to start investing? Then choose an online trading platform and get started! 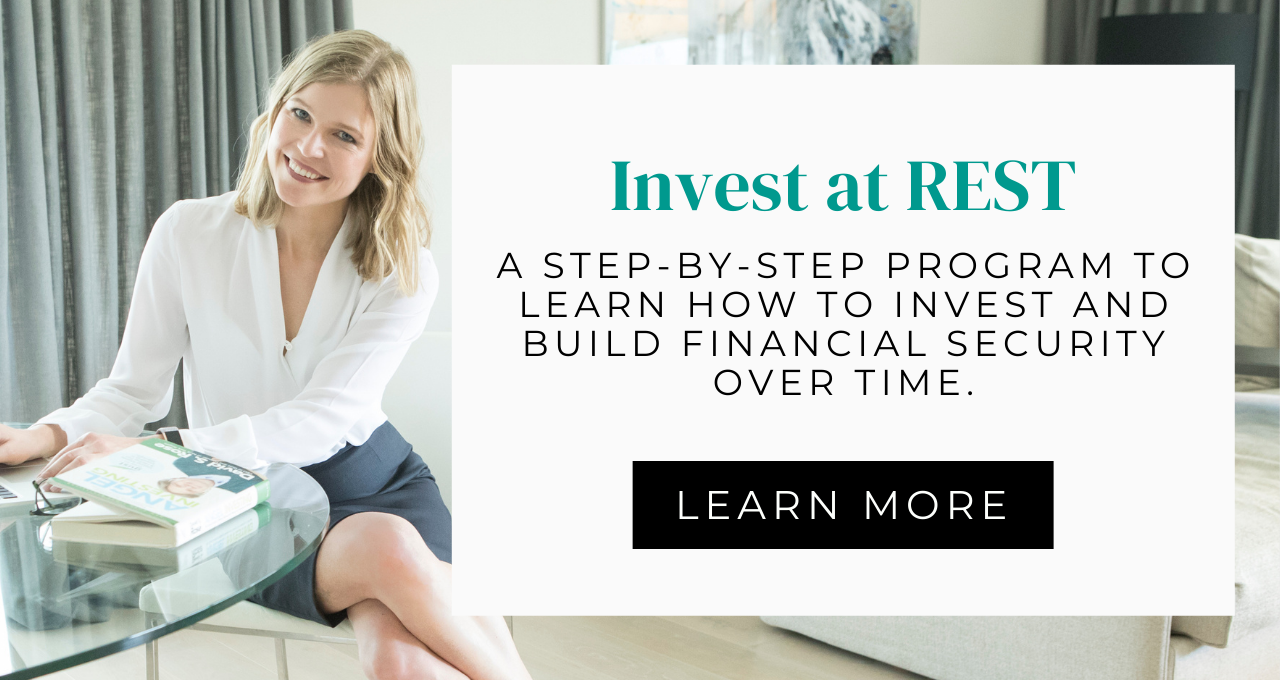 FOR EDUCATIONAL AND INFORMATIONAL PURPOSES ONLY. The information contained in this publication and on this website and associated material are not intended as, and shall not be understood or construed as legal, financial, tax or any other professional advice. Please refer to the Terms of Use. 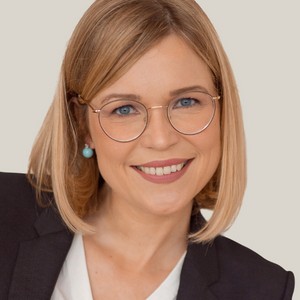 Aysha has over a decade of professional experience in the financial industry around the world.

In 2017, Aysha lost her husband in a road accident while expecting their second child. The new financial reality that followed inspired her to start a blog on investing for women.

Today she teaches women how to become confident and responsible investors to achieve financial security over the long term. 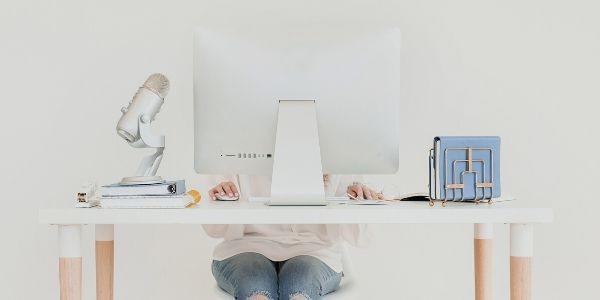 Start the easy way with my email course to learn the basics of successful investing. 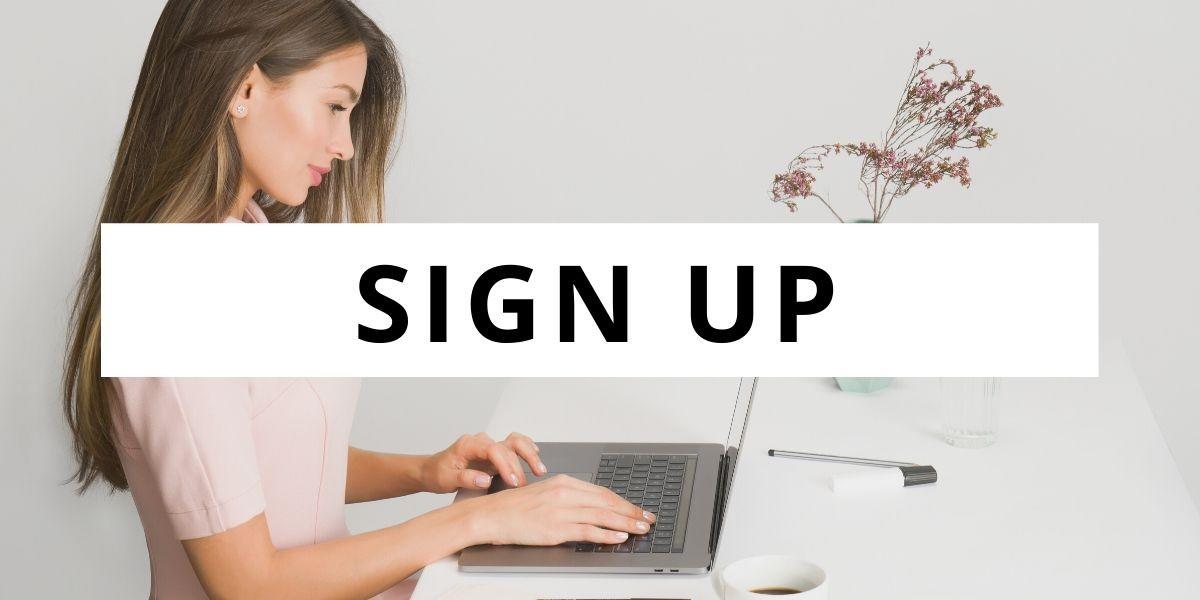 Do you feel like investing is just not your thing?

Then start easy with my FREE Email Course. 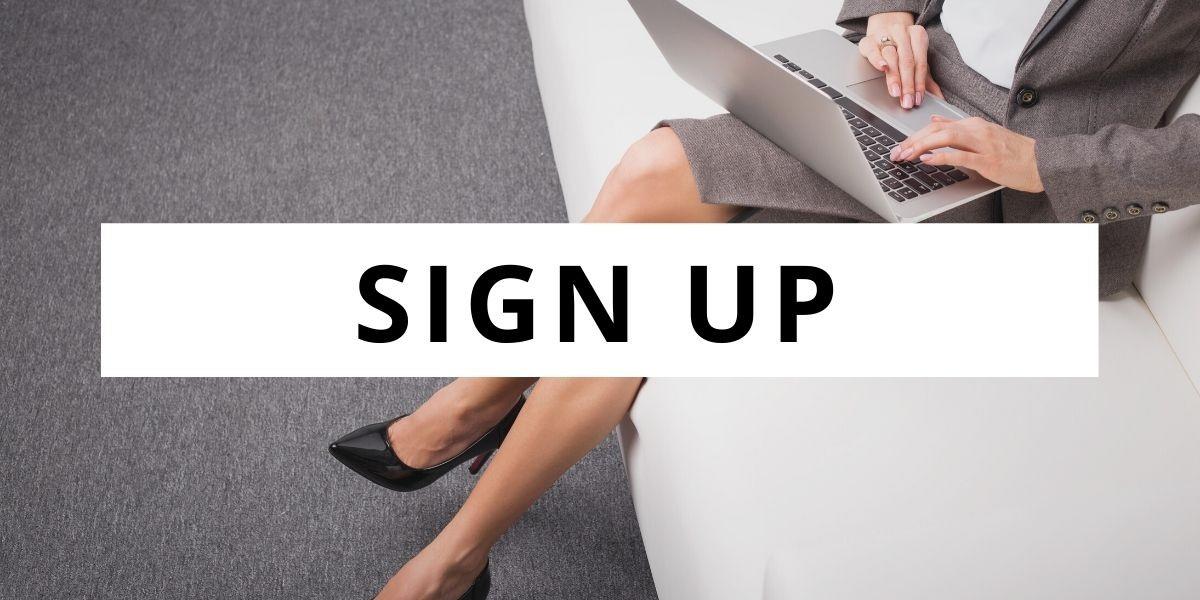 Get a series of six emails that will walk you through the basics of investing.